Crusher clogging happens all the time, what to do? This method is simple, reliable and low cost!

Plugging is one of the problems encountered by many crushers, recently learned that a cement plant’s rotary break also encountered this problem, it is how to solve it? May as well look at it!

After investigation, it was found that the main reason for the blockage was that the material accumulated in the lower cavity of the crusher was too much and could not be discharged, which caused the motor to overload and jump to a stop. Usually there are two situations that cause the stoppage.

(1) Crusher output is high and the plate conveyor is too late to pull away.
(2) The crusher continues to crush when the downstream equipment jumps. Once this happens, all the material in the crushing chamber has to be cleaned out before the machine can be turned on, which is time consuming and takes at least 3~4h to complete.

In order to prevent material blockage, a variety of solutions have been adopted, and finally the use of direct guidance through the sound and light (alarm and light) indicator way to pour material, the effect is very good.

That is, an electric bell and an alarm blinking light are installed at the crusher dumping port, which is directly connected to the relay in the electrical cabinet. When the plate conveyor reaches a set current value (e.g. 33A), the relay is activated, the alarm light starts blinking and the bell also rings. If the downstream equipment jumps to a stop and the plate conveyor current is zero, the sound and light alarm will also be prompted. The mine car driver will stop pouring material after receiving the alarm prompt, thus preventing blockage.

The set plate conveyor alarm current value should be appropriate, not too low and not too high. If the setting is too low, the crushing chamber will often break the material and the stone will smash the slat conveyor; if the setting is too high, the lower chamber will have more volume material and not enough buffer space, and if the downstream equipment fails, it will easily lead to the crusher blocking material.

Practice has proved that 33A setting value not only ensures continuous and stable crusher discharge, but also leaves enough buffer space for the lower chamber of the crusher, which can effectively prevent blockage.

The method is simple, reliable and low cost. Since its implementation, the crusher has never been clogged again, and it has also reduced the labor burden of workers and improved the productivity of the crusher. 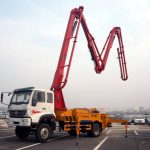 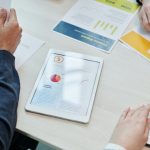 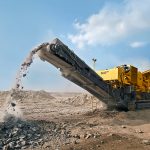 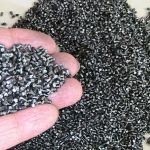